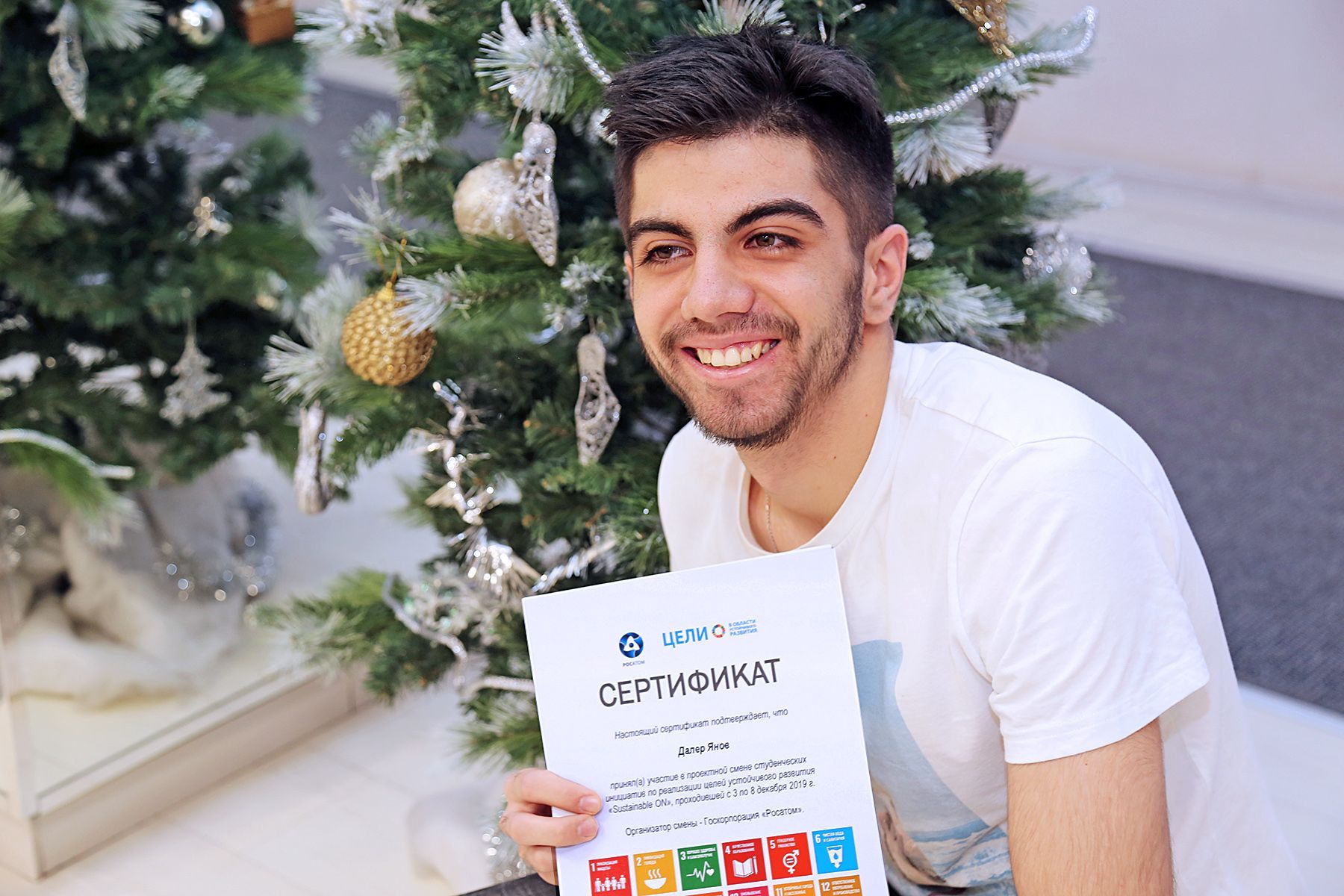 The Sustainable ON project of Corporate Academy of the state corporation Rosatom was held from December 3 to 8 at the Sirius Education Center (the city of Sochi).  More than 800 students from 13 Rosatom partner countries submitted applications for participation. Application with a description of the projects aimed at implementing the UN sustainable development goals. The authors of the 70 best works became participants in the project. Among them was a third-year VSUES student majoring in Logistics in Trading, Daler Yanov, who came to study at VSUES from Uzbekistan.

-I submitted an application for participation in the competition on the last day of registration, - said Daler Yanov. - It was necessary to record a video with a project that you want to implement in your country. I came up with the concept of an educational project to develop students' soft skills that will allow them to be more competitive in employment, but which they have not yet been trained while their university study. My design decision included the creation of additional soft skills groups or clubs the same as universities foreign language clubs.

Throughout the week, participants worked on the goals of the Transforming Our World: Agenda for Sustainable Development for the Year 2030 program, adopted by the UN at the General Assembly in 2015. The program contains 17 goals for international cooperation, including the eradication of poverty and hunger, ensuring a healthy lifestyle and quality education, gender equality, environmental safety, and sustainable consumption.

- The way for achieving the goals has been taken in all major international companies, - Daler Yanov emphasized. - The Rosatom State Corporation sees the importance of developing nuclear energy for the world economy in accordance with the UN program, the head of Rosatom Aleksei Likhachev told us about this.

In addition to the educational part, which included expert lectures in the field of sustainable development, international cooperation, globalization and the professions of the future, the students were involved the project activities.

- We divided into teams of seven people and developed a project. I was the captain in my team. We came up with the concept of relaxation coworking for the university, so the students could visit  a psychologist during such tense period like exams, relieve excessive stress due to increased intellectual stress. Under the project I worked out the skill of effective teamwork: delegating solutions, allocating tasks and resources, defining areas of responsibility - and all in conditions of timing.

- During the project we also considered options for supporting foreign students at universities. At VSUES several departments are engaged in the adaptation of foreign students, including the International and Cultural Affairs Department and VSUES International Club, a volunteer structure of VSUES. As part of the development of existing programs, we proposed that foreign senior students who are adapted and speak the native language of beginners be a helping hand to recently arrived foreign students.