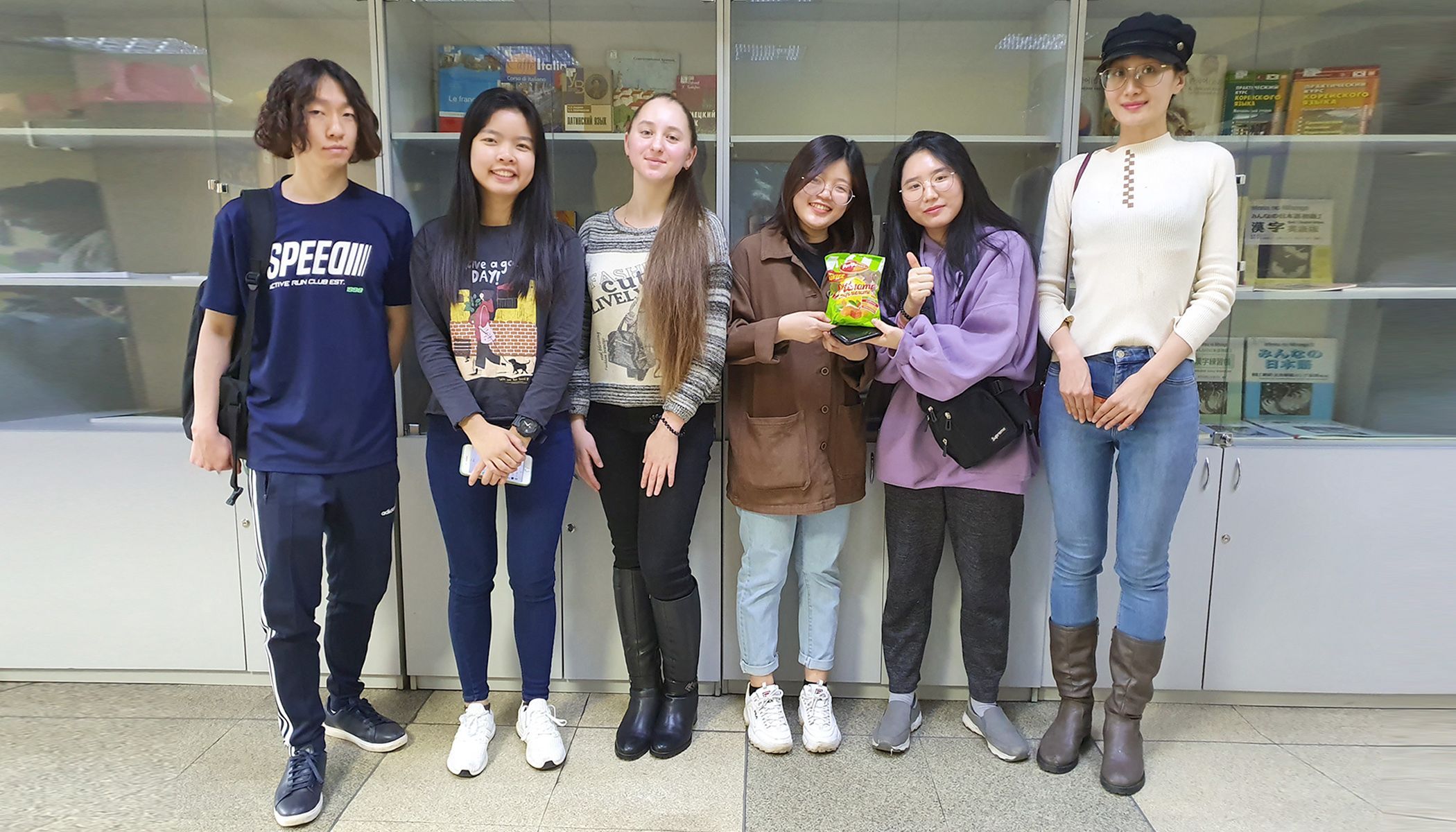 VSUES celebrated International Mother Language Day. Teachers and students of the Higher School of Television, the School of Foreign Languages and the International School for the Training and Adaptation of Foreign Citizens joined their forces and prepared an interesting quest for foreigners, an informative lesson for schoolchildren and a thematic video.

In the video, the 2nd year students of the Higher School of Television shared their thoughts about the place of Russian language and its meaning in their life. Foreign students from Laos (Xaythasone Malivanh), the Republic of Congo (Pama Bumbanda), the United States (Emily Jean Sandall), the Republic of Korea (Younghwa Song) and China (Cao Fengming) told about themselves and their study at VSUES. First they told their story in their native language, and then in Russian. For the creators of the video, it was important that the audience could hear the sound of the native languages of the students. It is worth noting that students from 25 countries study at VSUES. Students carried out both shooting and video editing by themselves.

The second event was the quest game that is traditionally organized by teachers of the Russian language for participants of the Preparatory department and future linguists of the School of Foreign Languages. This year the 1st year students of the Higher School of Television joined them.

- The quest game was great. We enjoyed talking with foreign guys and explained incomprehensible words to them. It is good that now we have the opportunity to put the knowledge of intercultural communication into practice.

That day they spoke about the languages of the ethnic groups of Russia. Polina Shakarova and Tatyana Kolka, the first-year students of the Higher School of Television, told foreign students about the linguistic diversity of the Russian Far East. Tatyana is a representative of a small nation, the Nivkhs.

Tatyana Kolka, a student at the Higher School of Televison, told:

- We tried to explain what the endangered languages are, the difference between the Koryak language and the Chukchi language, we talked about the features of the Nanai, Udege and Eskimo languages, told them interesting facts about the Nivkh language. Foreign students asked questions actively, shared information about endangered languages in their country. Also, the guys and I played the national Nivkh game.

The first year students of the Higher School of Televison told middle school students why it is important to know and love the Russian language in a playful way.

Angelika Logvinchuk, a Higher School of Televison student, reported about the meeting with schoolchildren in details:

- We decided to conduct an interactive lesson to the young generation. We told them about the word creation, and played a game on the formation of new words. The guys were delighted and they are waiting for us to visit again!

According to UNESCO, International Mother Language Day is annually celebrated February 21. The purpose of the holiday is to draw public attention to the preservation of cultural and linguistic diversity. A new theme for the holiday is announced every year. In 2020 it is «Languages without Borders».

Photo and video materials provided by the Higher School of Television of VSUES. 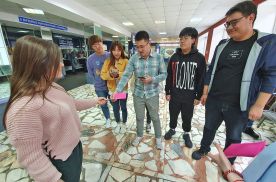 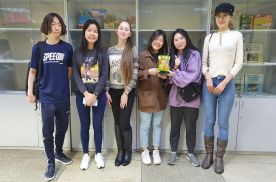