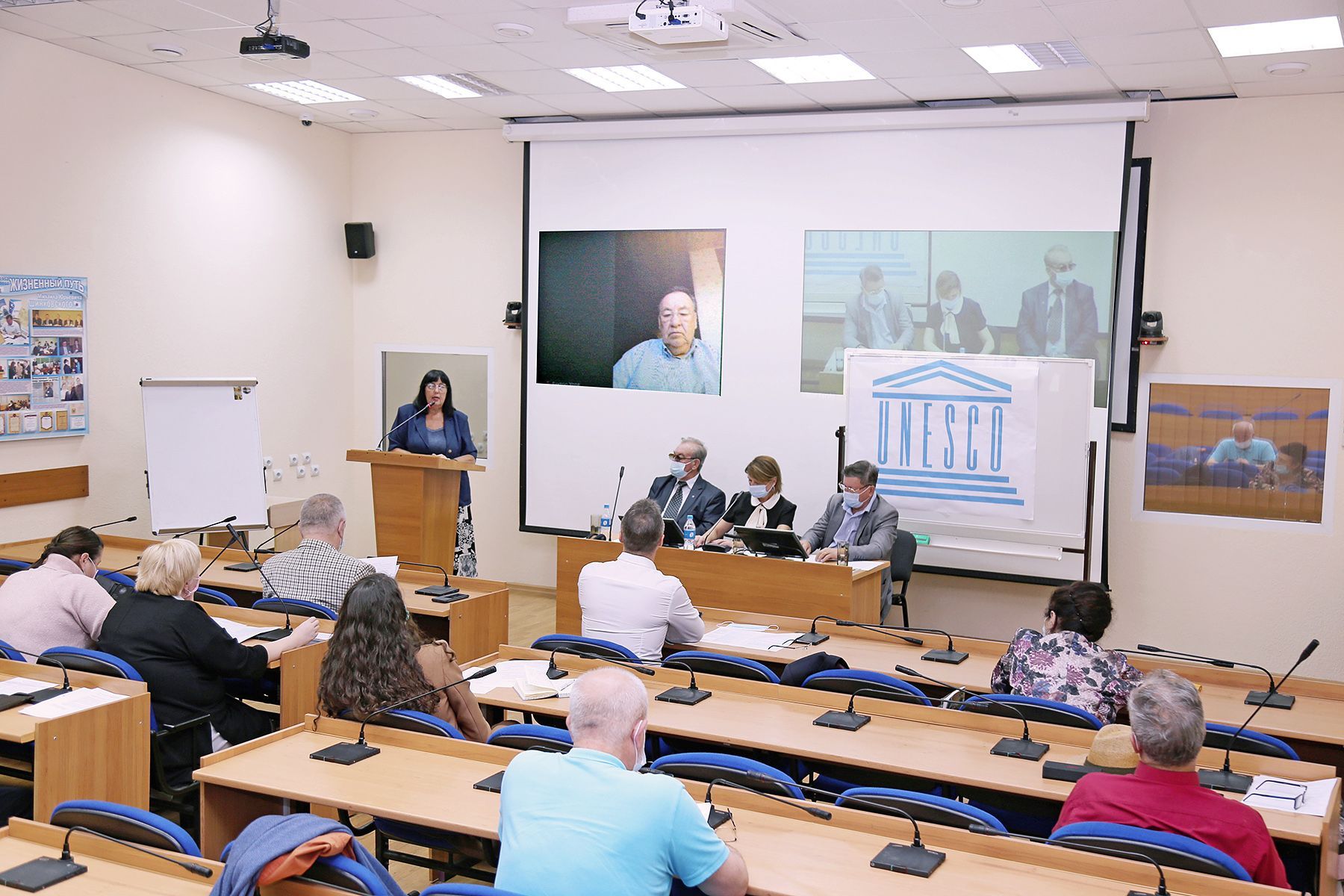 It was meeting at VSUES of the Presidium of the Far Eastern Committee of the RF Commission for UNESCO under the chairmanship of VSUES rector, Doctor of Economics, Professor Tatiana Terentyeva.

The meeting was attended, including remotely, by 56 heads of scientific, cultural and educational institutions of the Far East of the Russian Federation and Moscow, as well as representatives of Chinese institutions.

Since VSUES was approved by UNESCO as the official headquarters of the Far Eastern Committee, the meeting discussed the priority issues of developing international cooperation in science and education, initiated by VSUES.

At the meeting, it was decided to speed up the work on the opening of a UNESCO Chair at VSUES. The department will allow introducing the latest information technologies of the world in the learning process and in scientific research of all universities of the Far East.

Another joint project of VSUES with Chinese educational centers, the International Smart University, received support. The aim of its activity is to apply innovative educational methods of UNESCO and other UN agencies in the conditions of self-isolation of students during pandemics and epidemics.

To date, this project involves five Chinese and four Russian educational centers. The head of the International Smart University is Professor of VSUES A.P. Latkin.

A new project of the Committee, the Ancient City in Primorye, aroused great interest. The project was initiated by the Governor of Primorsky Krai Oleg Kozhemyako, who proposed to create a historical and tourist cluster on the territory of the archaeological excavations of the Bohai settlement in the village. Glass of Primorsky Krai. The Far East Committee of the Commission of the Russian Federation for UNESCO will apply for the creation of this facility jointly with the UNESCO Commissions of China and South Korea.

The Committee also considered issues related to the celebration of the 75th anniversary of UNESCO in November this year in the Primorsky Krai. In honor of this event, a symbolic sign “Russia starts here!” will be installed on the territory of the Vladivostok Marine Station. From October 10 to November 16, a creative competition will be held among young designers, architects and sculptors for the best sketch of a commemorative sign. VSUES design students will also participate in the competition.

The grand opening of the commemorative sign is scheduled for May 21, 2021.