Yulia Epifanova, a specialist of the department of international academic mobility, presented the VSUES project in the final of the All-Russian competition "Leaders of International Cooperation"

A stage of the All-Russian competition "Leaders of International Cooperation" was held in Moscow. 50 finalists from 24 regions of Russia took part in it. VSUES at the competition with the VSUES International Club project was represented by Yulia Epifanova, a specialist of the International Academic Mobility Department.

The finalists presented their projects to the expert jury. According to the results of the vote, in which the young leaders themselves took part, as well as the viewers of the online broadcast, 12 best initiatives were selected. The participants united in teams to complete projects. On the final day, the jury members identified six best international projects, for the implementation of which the authors will receive support from Rosmolodez and the competition partners.

- I represented VSUES International Club in Moscow. This is a young volunteer structure of VSUES, whose activities are aimed at helping foreign students adapt to the educational process and cultural and leisure activities. In the final of the competition, I was offered to work on the project “National Program of Young Leaders of International Education“ Community ”. The uniqueness of such a platform lies in the fact that the network program will unite seven regions of Russia and will allow participants to discuss issues of integration of Russian and foreign students. Our project was not included in the TOP-6 winners, but at the same time it was highly noted by experts. And along with the winners, the team was appointed a coordinator - a specialist from the Federal Agency for Youth Affairs. The project is awaiting further development, transformation and subsequent implementation.

The key event of the educational program was the lecture "Peace for Russia, Russia for Peace", during which the leading experts in the field of international studies spoke: Timofei Bordachev, Program Director of "Valdai" International Discussion Club, Editor-in-Chief of "Russia in Global Affairs" magazine Fedor Lukyanov and Pavel Timofeev, Head of the Council of Young Scientists of the IMEMO RAS. The finalists also had the opportunity to ask their questions to recognized experts in international affairs about the place and role of Russia in world politics, the economy and key aspects of the implementation of humanitarian policy and public diplomacy in our country.

- Participation in the competition gave me new contacts in the field of my activity at the university and just pleasant acquaintances. Of course, new knowledge about information, financial, expert support for international events and projects by funds and organizations of our country. I united into a group with those participants who were close to the topic of integrating foreign students into the Russian educational space, '' Yulia Epifanova summed up. 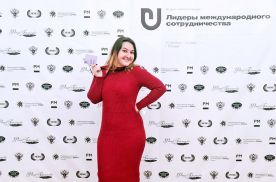 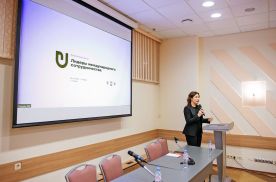 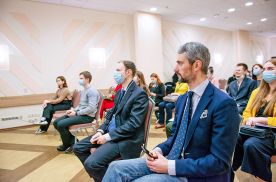 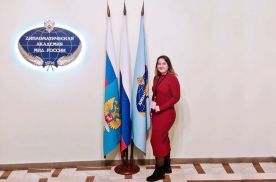 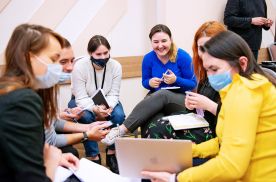 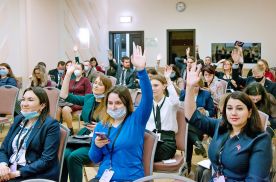 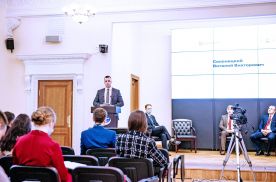