Andrey Brovarets, Head of the Russian Foreign Ministry Office in Vladivostok, shared with VSUES students the details of the work of a professional diplomat 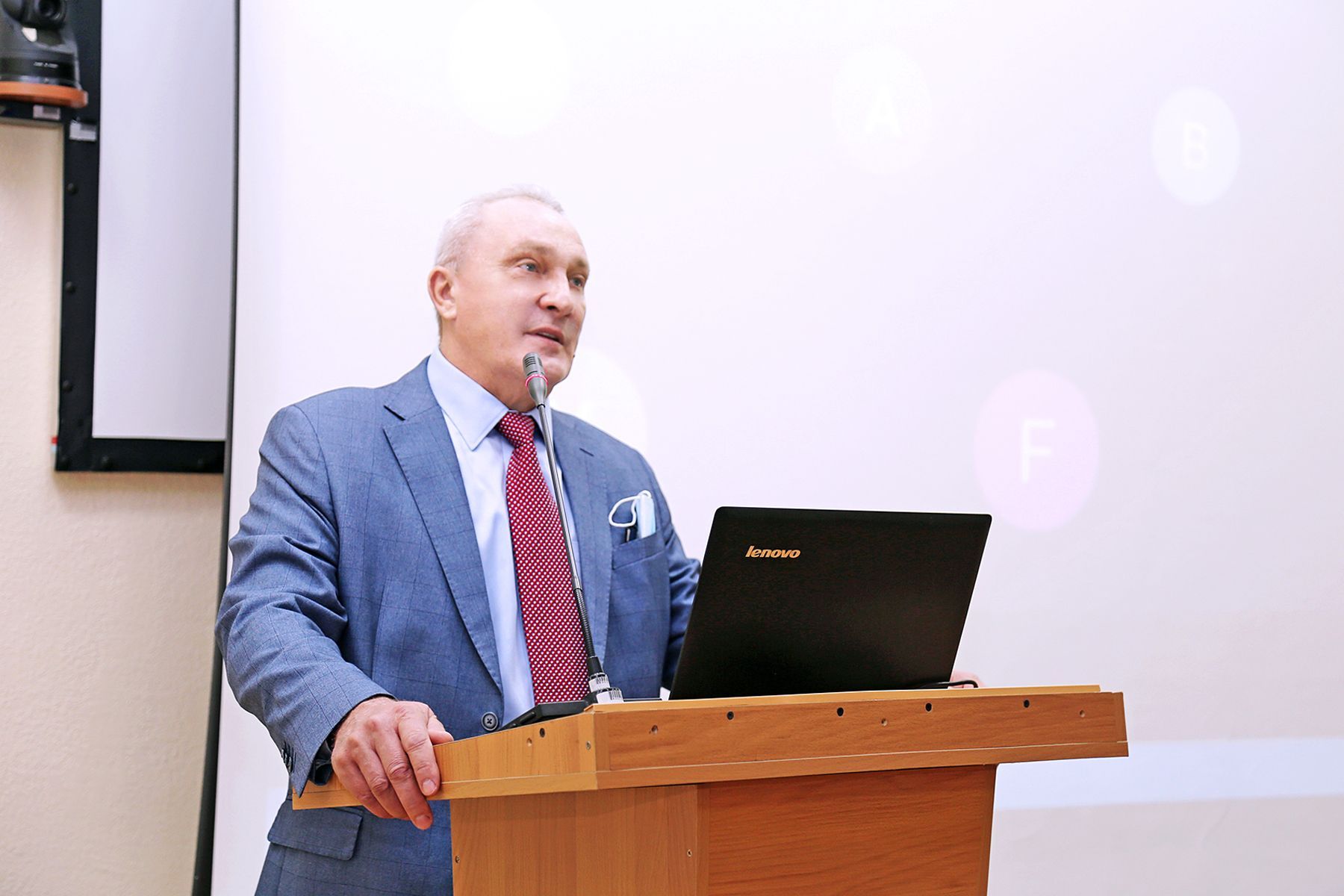 In 1923, when the government of the USSR began to take active steps to withdraw the country from world political isolation, the Office of the authorized People's Commissariat of Foreign Affairs of the USSR was organized in Vladivostok. A special task was set for the new apparatus: to work with the consulates of foreign states existing in the city, ensuring the foreign policy interests of the USSR.

In 1952, due to the assignment of the status of a closed city to Vladivostok, the representations of foreign states were transferred from our city to Nakhodka, and a diplomatic agency was relocated with them. In 1988, the diplomatic agency was transformed into a diplomatic mission of the USSR Ministry of Foreign Affairs, and after the withdrawal of the status of a closed city from Vladivostok, it moved to the capital of the Primorsky Krai along with foreign consulates.

The Foreign Ministry's office in Vladivostok is one of the oldest in Russia, and today Vladivostok is ahead of even St. Petersburg in terms of the number of foreign consulates.

The invited speaker said that he has been in the diplomatic service since 1993. During his youth, he held various positions in the central office of the Russian Ministry of Foreign Affairs. After working for 11 years in Moscow, at the suggestion of his superiors, he went to his homeland - to Vladivostok, where he took one of the posts in the apparatus, which he currently heads.

During his long career, Andrey Petrovich has represented the Russian Federation in the USA, Japan, Vietnam and Turkmenistan. The guest noted that he is fluent in English and Japanese, but in general terms he knows several others. To a question from the audience on the topic of another correct language besides English for mastering, the speaker replied:

- It only depends on your abilities and preferences. To simplify your choice, you can always, for example, take a special test that will determine your language ability. In addition, the Internet today offers you hundreds of educational materials of various levels of complexity for immersion in the linguistic culture of a particular country. You just need to open several textbooks and understand which foreign language is closer to you. In this matter, understanding the type of memory that is more developed in you will also help: auditory, visual or motor.

Feruzbek Abdurakhmonov, the 3rd year student with a degree in International Relations:

- I really liked the last lecture. In its content, it was very productive and interesting. I was able to get acquainted with Andrey Petrovich personally even before meeting within the framework of the lecture. We first met at a reception at the Consulate General of the Republic of Uzbekistan. For four years now I have been preparing for a job at the Ministry of Foreign Affairs of my country. For me, there is no higher goal in life than serving for the good of humanity. That is why I want to devote myself to diplomacy, I want to contribute to the settlement and establishment of the best relations between the countries of the world. I will continue my preparation for entering such an important professional activity in the future, year after year.

Our guest stressed for the students that not only graduates of MGIMO, but also graduates of other universities serve in the Russian Foreign Ministry. Thus, a graduate of VSUES has been working in the Vladivostok Representative Office for several years now: in order to become an employee of the apparatus, he received the necessary two levels of education (bachelor's and master's degrees). As the invited guest admitted, mentally diplomatic activity is very time consuming, therefore a high level of knowledge is necessary for a competent specialist. The work of a diplomat does not end with only receptions of foreign colleagues and attendance at protocol events. The Russian diplomatic mission has a wide range of professional tasks and functions. In his work, he mainly collects, processes information about the international relations of Russia and other countries at the regional level. It also keeps track of citizens of the Russian Federation and all persons living in the consulate's territorial coverage area. This is only a small part of the list of professional job responsibilities, and they all require a particularly delicate and accurate approach to resolving issues.

Anastasia Khomenko, the 1st year student with a degree in International Relations :

- As part of the guest speaker's speech, I was able to understand in detail my future profession. It was very interesting to know what kind of work as a representative of the state awaits me ahead. Examples from the real life of a diplomat revealed many answers to questions about further professional prospects. I like to study foreign languages and communicate with people of other cultures, so I decided to start training in the direction of training "International Relations". Of course, in the future I plan to join the Russian Foreign Ministry. I would especially like to become the representative of our state in China. For more than five years I have been studying the Chinese language and speak it at a high level, and I confirm the degree of my knowledge in the Chinese language culture by victories in various Olympiads. I am very interested in this country, so I want to help improve our relations. 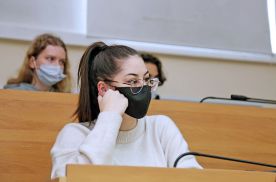 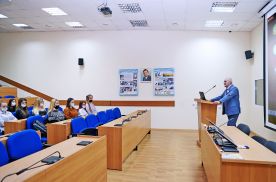 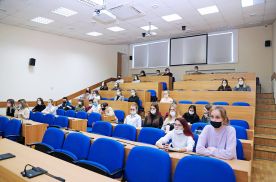 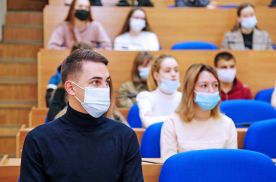 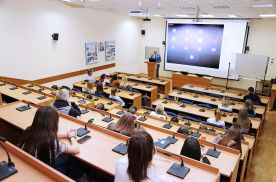 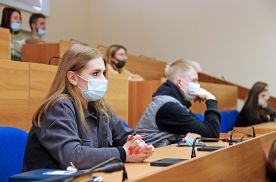 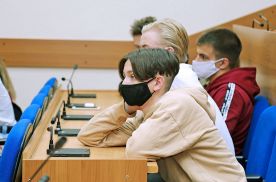