"12 months": students of the Institute of Foreign Languages of VSUES put on a play based on a New Year''s fairy tale 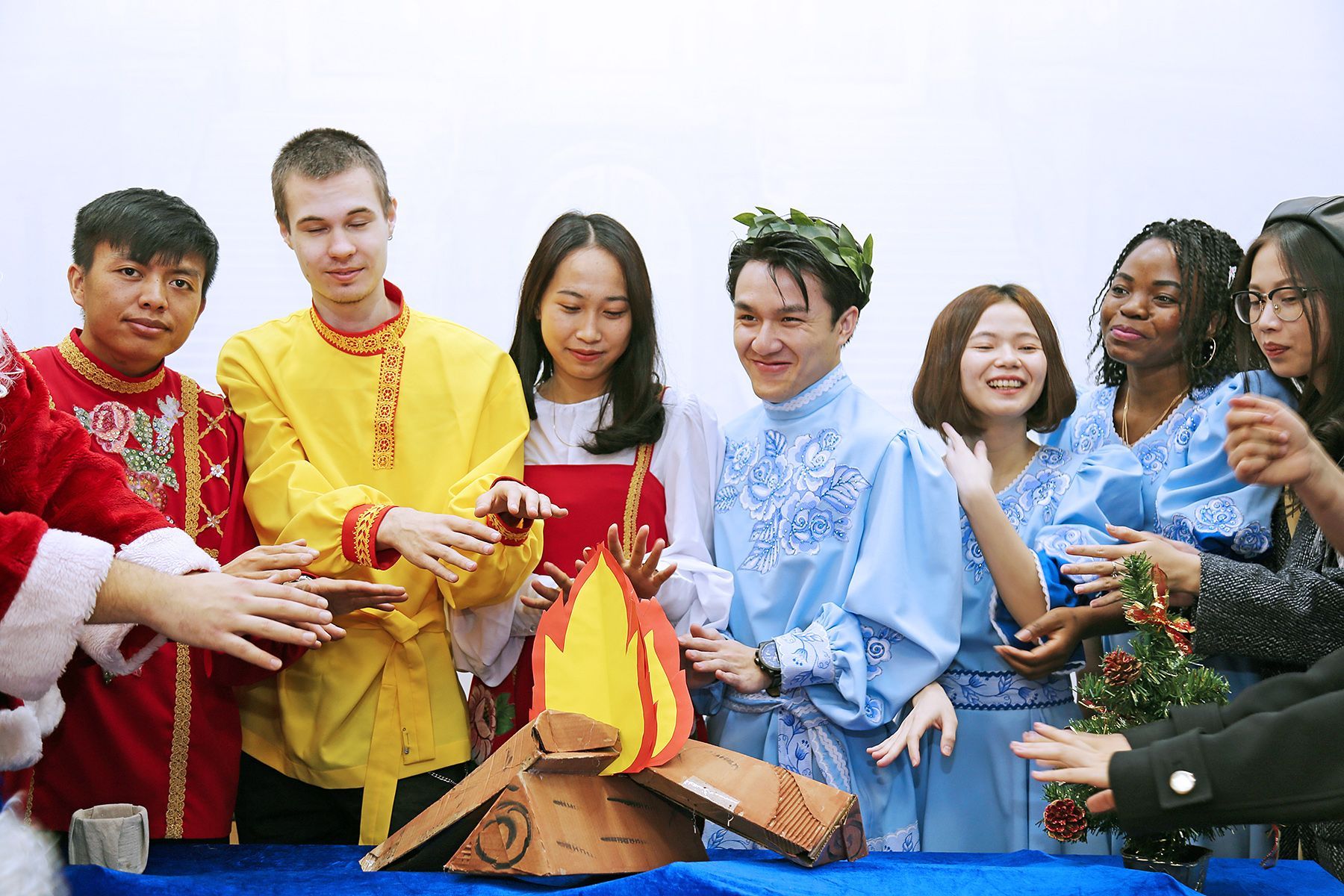 Students of the Institute of Foreign Languages celebrated the upcoming holidays by staging the fairy tale "12 months". Most likely it will become a good tradition of the institute. Last year, the guys staged the play "Cinderella". This time the composition of the theater troupe turned out to be international. Among the artists are students from Uzbekistan, Laos, Equatorial Guinea and Russian students.

The students-actors told about the preparation for the premiere of the play-fairy tale by the writer Samuil Marshak “12 months”.

- I remember the rehearsals the most! We all met for the first time and it immediately became easier. We learned a lot on stage, because it's important to stand correctly, speak loudly and clearly, - says Suknilak Bunthavi.

- We laughed a lot during rehearsals. Because not everything worked out right away, but it was interesting, - says Vilailak Megdavong, another student from Laos.

- It's difficult! After all, you must not only learn the Russian words of your hero, but also say them emotionally correctly! - adds Sisavath Malia.

Specialist for work with students of the Institute of Foreign Languages, supervising the preparation of the event, Galina Kasyanenko noted:

- I also really love the atmosphere of the rehearsals. The guys get to know each other, get closer. By the time of the premiere, everyone was so friendly. I worry about my actors more than they do. But they reassure me that everything is fine. And everything turns out well! When everything ends I feel sad. I was glad that after the premiere the guys got together and everyone was drinking tea, playing secret Santa Claus.