A new art space has been opened in VSUES 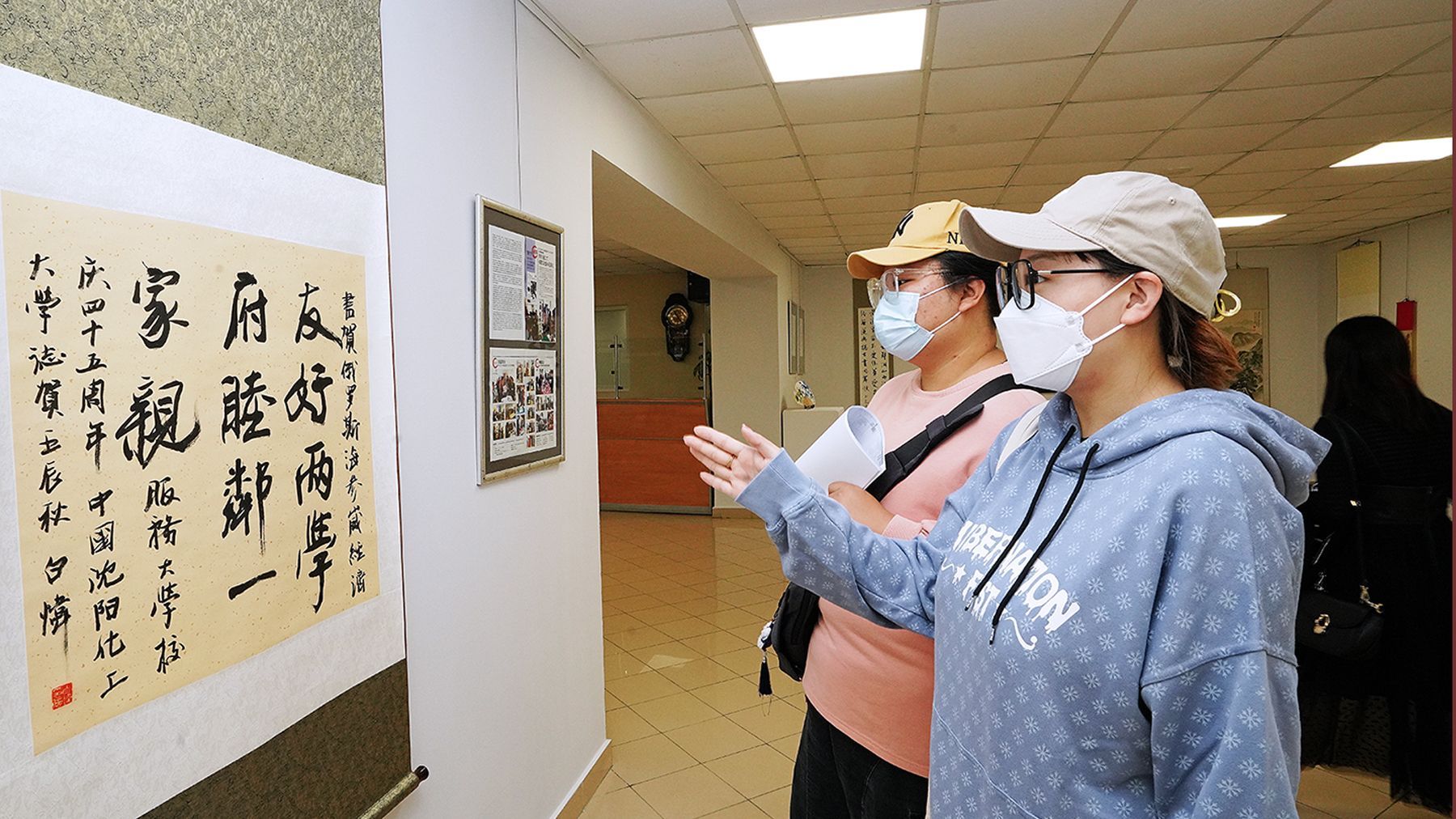 The new exhibition space is located in the lobby of the third building (41 Gogol Street). The first exposition – the international exhibition of calligraphy «Unity» – is a continuation of acquaintance with the art of beautiful, expressive writing, full of harmony and the work of the spirit. The reason for the opening of the current exhibition was the replenishment of the collection of the Museum and Exhibition Complex with two scrolls of Buryat-Mongolian calligraphy – a gift to the Museum of VSUES from Yanzhima Batueva and Darima Dambaeva, representing the Center of Calligraphy «Tengeriin besheg/Heavenly Letter» (Ulan-Ude). In Vladivostok, this type of calligraphic writing is very little known and is of considerable interest to both professionals and the public.

– At our university, interest in calligraphy has been traced for a long time, the first calligraphic exhibitions were held more than ten years ago in the first museum of the VSUES. A thematic collection was gradually formed, which is constantly being updated and today includes calligraphy samples from different countries and on different mediums. Scrolls, fans, ceramics, individual sheets, expressive calligraphy of a particularly large format represent a living tradition of calligraphic writing from Russia, Japan, China, Korea, Laos, Vietnam, says Nadezhda Sukhareva, Director of the VSUES Museum and Exhibition Complex.

The new art space appeared on the initiative of the Department of International and Cultural Affairs, thanks to the creative and ideological ideas of the specialists of the department. Thanks to the efforts of the staff of the Department for the Maintenance of the premises and Territories of the VSUES, the space, designed in clean and bright colors, became ready for expositions in a matter of days.

The museum and exhibition complex makes exhibitions more open and close to the viewer, using different formats in their work:

– We are in search of a name for a new space. The competition for the best name of the Museum''s art venue will be held on social networks (Instagram: @vvsu_museum, Facebook: @ museum.vstu).

Nadezhda Sukhareva, director of the VSUES Museum and Exhibition Complex, opening a new exposition for visitors, prepared a preface reflecting the essence and content of the exhibition, where she tells with great interest about each author, about individual exhibits of the exposition and about the name. The exhibition will last until November 15, 2021.

«The exhibition opens with the works of the leading Primorsky calligrapher Dmitry Ryzhov, a master of the widest range, an expert in various styles of European and Slavic calligraphy. His work combines fluency in calligraphic technique, expression and an exceptionally free artistic vision, which allows him to create works at the junction of graphics, calligraphy, experimental printing («metacalligraphy»).

Evgenia Pashchenko''s graphics emphasize the historical and even metaphysical roots of calligraphy: the drawing of bird tracks in the sand, the veins of leaves, lines and spots of stones, the pattern of clouds – this is a «beautiful letter» in which a person reads the message of nature, the world to himself, without separating himself from it.

A significant section of the exhibition consists of the works of the Zuyun Calligraphic Society (Tokyo, Japan). They represent different styles of Japanese calligraphy from relatively formal patterns to italics, the so-called «herbal writing». The golden-toned sikisi leaf, in which the hieroglyph «Heart» is inscribed in the shape of a fan is one of the most important works at the exhibition in its artistic and meaningful meaning. Calligraphy, the «Path of the brush» is certainly also the «Path of the heart». This is the power of unity of people, different peoples and different cultural traditions, a conversation from heart to heart, which an attentive viewer will see and feel at the exhibition.

The unity of calligraphy and painting in Japanese and, more broadly, Oriental art reveals a scroll in the style of «mountain-water», in which the poetic text is inseparable from the image, and the techniques of brushwork are the same.

The theme of oriental calligraphy is continued by calligraphy sheets from students from the Republic of Korea, in which the classics of poetry, wisdom expressed in folk proverbs reflect the spirit and strength of the Korean people. The simplest materials, paper, marker, modest and restrained manner of writing, sincerity in each sign are captivating in the works of Lee Sovon, Hong Hengi, Kim Erim, specially written for this exhibition.

The exposition ends with a scroll depicting the Chinese character «Happiness». This work combines calligraphy and the folk art of papercutting jianzhi. Such scrolls were traditionally used to decorate the house, their benevolent symbolism acted as a kind of amulet, expressed the hopes and aspirations of people. Is not that what unites us all, the pursuit of happiness?

In conclusion, a few words about the name of the exhibition. The capacious concept of «Unity» reflects the creative unifying power of art, the power of calligraphy, the harmony of the spirit, rootedness in bodily existence, the eternal dualism of human existence. We are opening in a new space in autumn and autumn with colorful foliage looks into our windows. By the way, autumn in almost all countries is a time of great unifying family and friendly holidays, gratitude for the harvest and laying a new cycle of work and study. Let the feeling of universal unity for the benefit of beauty and goodness remain with us for the whole year and beyond. 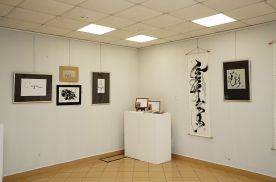 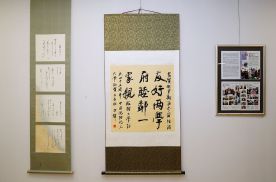 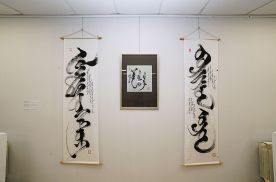 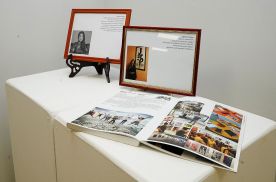 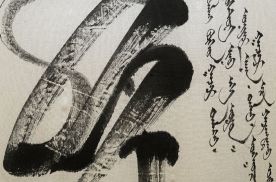 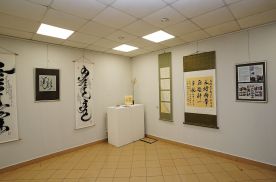 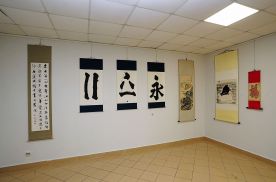