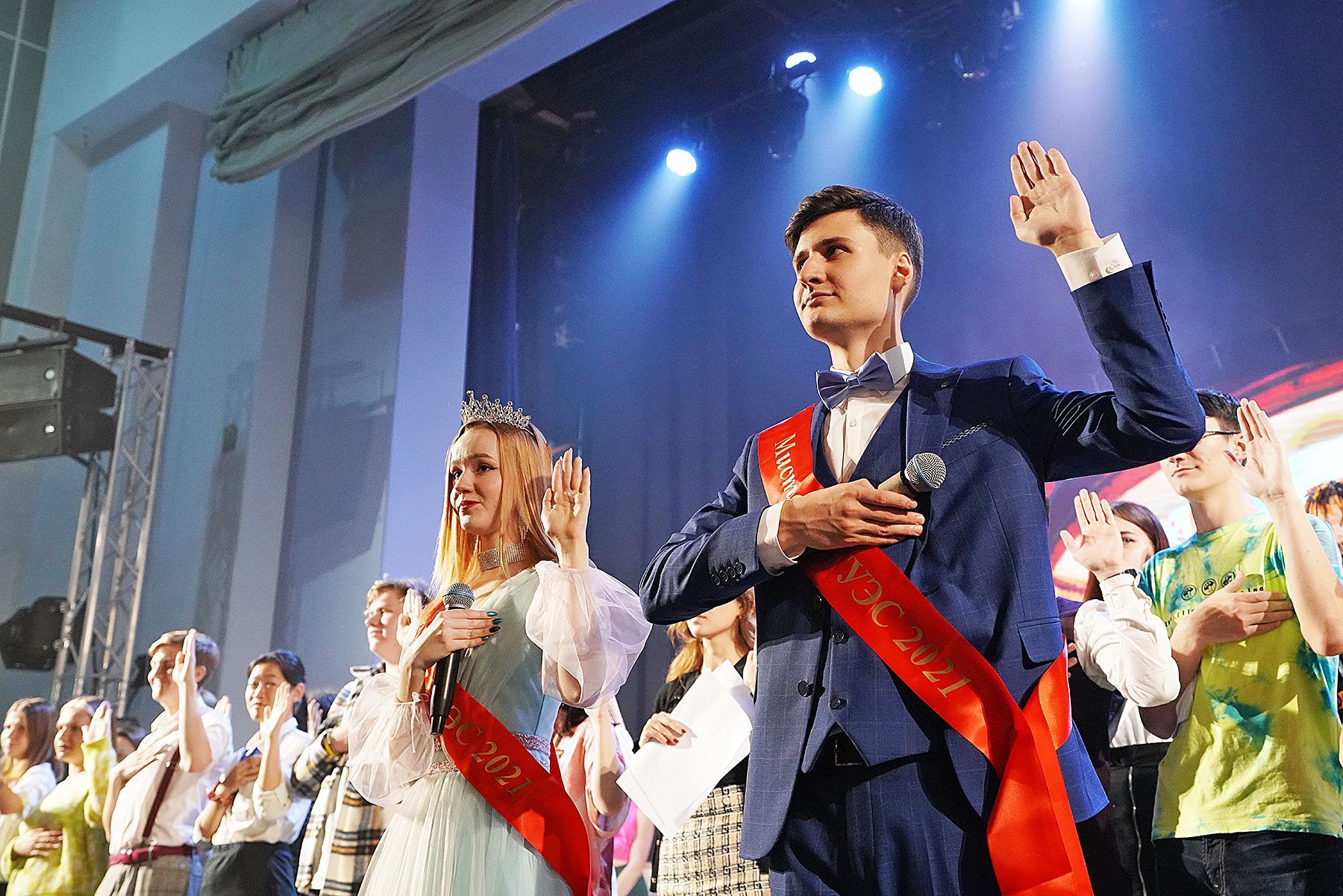 The solemn ceremony of dedication of first-year students to students took place in the theater and concert complex "Underground" on November 11. Since VSUES was declared a COVID-free territory, the ceremony was held in an offline format, but in compliance with all sanitary and epidemiological norms: in order to reduce the concentration of people in the hall, the dedication took place in several streams, landing in the hall was carried out with a safe interval (at least one free seat between the audience), access to the hall was only in masks. The concept of the dedication of 2021 — Leonardo da Vinci's famous drawing "The Vitruvian man" — implied the harmonious development of a person, the balance of the proportions of body, mind and spirit, which is what the students of VSUES should come to in four years of study.

The members of the Academic Council, the rector and the President of VSUES, dressed in robes, took to the stage of the Underground Theater to say parting words to the freshmen.

— We were all very much waiting for such a solemn event as the dedication to the students of VSUES to be held in the usual format, having gathered together in this wonderful hall where all our major events take place, - the rector of VSUES, Doctor of Economics, Professor Tatiana Terentyeva addressed the first-year students. — We really want to communicate with you every day, to see you, and that is why we have declared VSUES a covid-free territory. I hope our university will cope with this task.

Tatiana Terentyeva emphasized that the first-year students made the right choice:

— VSUES is a young regional university. Next year we will be only 55 years old, but during this time, we have achieved a lot. This year, VSUES has again entered the list of the 100 best universities in Russia. We have been holding this position in the main national ranking for the last six years. In the ARES-2020 international ranking, VSUES is also among the TOP 100 best universities in Russia. We occupy the 76th place in the rating with the highest rating in the category "B" - "three plus". This means that the university provides a high quality of education and a high percentage of student employment.

The Rector of VSUES wished the first-year students that all four years of study at the university would become one of the best moments in their lives.

— Study so that studying is a joy! Learning is not boring, learning is a pleasure to grow, develop, live, - said Tatiana Terentyeva.

The President of VSUES, Professor, Doctor of Economics Gennady Lazarev stressed that for 55 years the university has accumulated good experience in preparing students for a successful and productive life, and also announced to students that VSUES expects rebranding and invited first-year students to participate in the formulation of the new name of the university:

— The university is developing, growing with new areas of training. We will help you master a sought-after profession, preparing you for a successful career and life. We want productive cooperation and active collaboration from you.

At the end of the event, the first-year students together pronounced the oath of a VSUES student, promising to spare no effort to master knowledge, preserve and develop the traditions of the university, respect teachers and mentors, take care of preserving and increasing the heritage of the scientific community of the university. 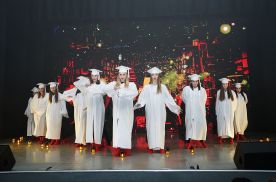 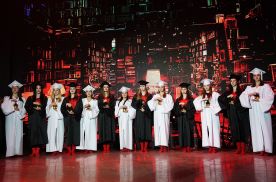 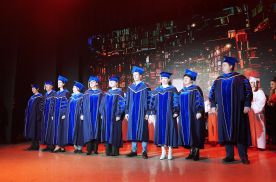 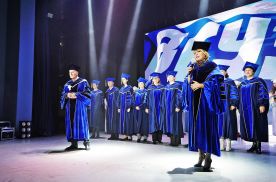 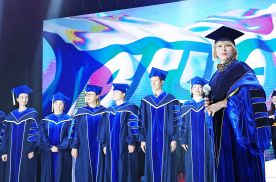 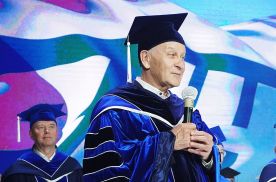 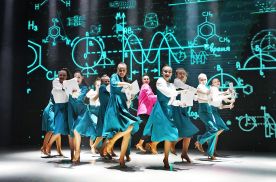