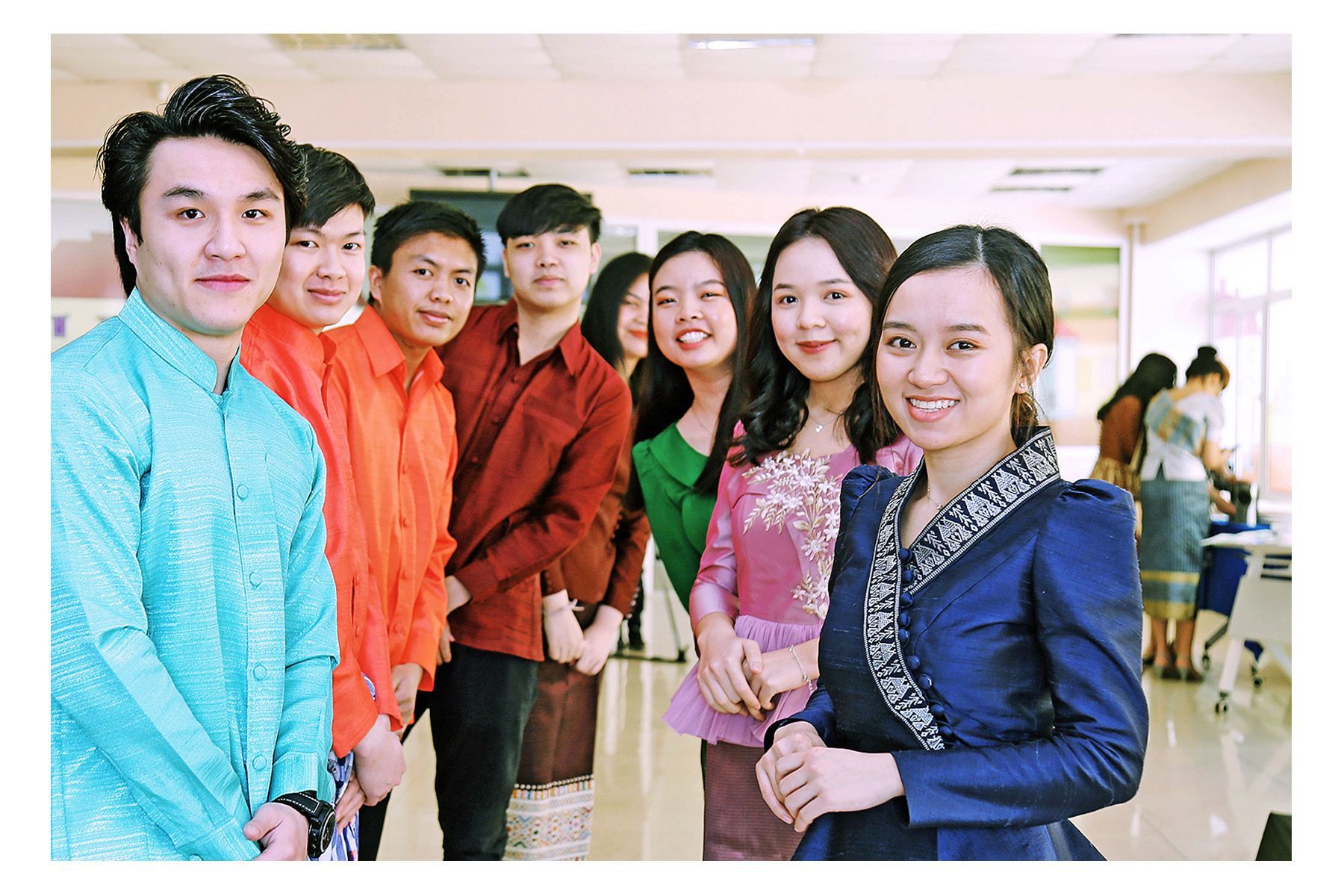 New Year in Laos is celebrated in the spring and celebrated for three days, this year from 13 to 15 April. During this period, the dry season ends in the country and the rainy season begins. That is why it is customary to pour water on this holiday.

Lao students brought their traditions to VSUES - it is not the first year that the university celebrates the New Year in April. They celebrate it very cheerfully and interestingly, dressing in traditional outfits, boys and girls pour water over each other, decorate the rooms with flowers, arrange dances and sing songs. The organization of the holiday at the university is carried out by employees of the Department of International and Cultural Affairs of VSUES and a specialist from the Institute of Foreign Languages, supervising foreign students, Galina Kasyanenko.

One of the first to come to congratulate students is the Honorary Consul of the Lao People''s Democratic Republic in Vladivostok, Alexander Virich, who was awarded the Order of Friendship of Laos for his work:

- I wish you a Happy New Year, today this holiday is celebrated throughout Indochina. For almost 10 years, residents of Laos have been visiting the city of Vladivostok and the Primorsky Territory: they study at universities, study Russian life, language and culture.

Lao students were also congratulated by Russian Santa Claus and Snegurochka, children''s fashion theater "Fairy" - young models demonstrated a collection in the style of Asian peoples "We are different, but we are together", Russian students participating in joint competitions. Sisavath Malia has prepared a poem about the New Year in Lao.

Galina Kasyanenko, a specialist at the Institute of Foreign Languages, proudly noted the contribution of Lao students to the sports treasury of the university and to the cultural life of VSUES. The history of cooperation between VSUES and Laos began in 2013: at that time the first group of students arrived at the Preparatory Department for Foreign Citizens. In 2019, they received diplomas in various areas of training. Currently 35 students from Laos are studying at VSUES.